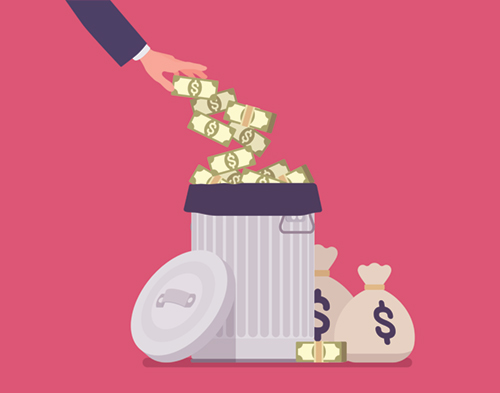 The following case study focuses on Slide’s Canadian distributor, Acetronic, and their partnership with purging expert Jeff Lewis to assess and resolve an issue on-site with EG Industries, an automotive parts manufacturer. Jeff has been with Slide since 1994 and is highly regarded in his ability to diagnose and correct plastic processors and mold maker issues. Once Slide became aware of purging challenges at EG’s facility, Jeff promptly picked up some samples and booked a flight to see how he could help.

EG Industries had a common problem – carbon buildup. Carbon contamination syphons away profits by causing high scrap rates and excessive downtime while transitioning between resins. EG was running resins that differed both chemically and by color, so cross contamination was a constant ongoing obstacle. Long machine downtime with so much waste before they could resume production was increasing their purging costs, considerations many overlook when choosing product.

This particular plant is quite large and has a variety of machines running. They were also utilizing a number of different purging compounds as each machine had unique issues. They were using Slide’s Klenz in some of their equipment, but not in the machines with the carbon contamination. A competitor’s product was applied to several units – which seemed to be a more economical choice – but based solely on the cost per box. When Jeff realized just how much of that formulation was needed to successfully clear the lines, compounded by their high scrap rates, he knew some of Slide’s products could save them both time and money.

Jeff brought samples of Slide’s premier purging products to test on the customer’s line. He asked them about the products they were running and realized that both PC and ABS resins were being used. Without a purge between the cycles, those chemicals were interacting and causing the frequent buildup of carbon in their machines. Knowing that Econo Purge effectively removes old resin, he added some and after just a 10-minute soak in the barrel, was able to get the machine cleared of the carbon contamination with a substantially reduced scrap rate!

This resulted in a reduced price point of their purging products and increased machine productivity with a faster turnaround of resin. They happily ordered a gaylord of Slide’s Econo Purge after our expert’s comprehensive testing was completed.

Jeff’s three decades of experience, combined with his passion for this industry make him the specialist you want on your side. “I usually get called out to investigate an issue reactively, but what most people don’t realize is proactive maintenance will save you the most money over time. Small issues can quickly snowball into bigger problems and before you know it, you end up with a machine tear down that costs you several days of production. I enjoy being able to help our customers avoid those costly mistakes.”

Carbon and color contamination or unknown resin interactions in your purging lines can cut into your bottom line by increasing your scrap rates and machine downtime. Thankfully, the experts at Slide are here to help! With decades of experience in the plastic molding industry, we can assist with productivity assessments and field support for best practices. A great place to start is with our Purge Calculator which takes into account not only product pricing but also machine downtime and scrap resin costs.

If you need assistance with any purging issue, or if you’d like to learn about proactive maintenance, let Slide be your guide! Our Top Tier Service program allows you to receive complimentary assessments, advice, and training. We also offer free trial samples of our products and would be happy to consult with you on individual requirements and applications. You can contact us on our website, through a local distributor, or by phone at 1‑800‑323‑6433.